During the event Professor Robert Winston spoke about The Future Wellbeing of Babies and Their Mums.

Professor Robert Winston has chaired Lords Select Committee on Science and Technology, written over 300 scientific publications and is particularly well known for the BBC TV series ‘Child of our Time‘.

Senior industry executives were invited to attend including Andrew Coe of Barrett & Coe, who have the exclusive contract with Emma’s Diary to provide baby photography services.

The work of the Genesis Research Trust, of which Professor Winston is chairman, was discussed. This charity has raised over £13million to establish the Institute of Reproductive and Development Biology and funds high-quality research into women’s health and babies.

The picture above features Professor Robert Winston and Helen Stokes-Lampard, Honorary Treasurer of the Royal College of General Practitioners

Baby of the month June 2014 results

We very rarely get any customer complaints.  However, this one was amazing. As most know… 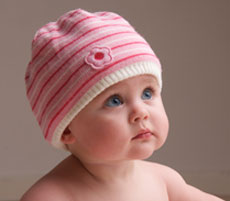